“Music – hearing the inaudible between the tones reveals an unknown world full of magic.” Cecilia Li

Cecilia Li was born in Taipei, Taiwan, where she started to study the piano at the first “Experimental Music Class” at Kwang-Jan High School under Prof. Iman Wu and Prof. Robert Scholz, the key figure establishing western classical music in Taiwan. In 1971, she continued her studies at the University of Music and Performing Arts “Mozarteum” in Salzburg (concert class with Prof. Kurt Neumüller). In 1978 she graduated with distinction and honour from the Mozarteum (solo piano) and received the achievement award of the Austrian Federal Ministry of Science and Research. She took further coaching lessons with Tatjana Nikolaijewa, Norman Shetler, Meira Farkas and Sandor Végh. As early as 1973, she was a prize winner in solo and chamber music at the “Österreichs Jugend musiziert”. In 1976, she was the soloist in the opening concert of the International Summer Academy in Salzburg.

Together with her husband, the dancer and choreographer Sebastian Prantl, she founded Tanz Atelier Wien (TAW) in 1988, a research centre for contemporary dance, music and interdisciplinary positions, where she is responsible for music concepts and plays leading parts in productions and projects of various kind and places such as Secession, Odeon, Heldenplatz, Universitätskirche, Academy of Sciences in Vienna. Festivals such as Wien Modern, styriarte, Beijing Art Festival, Festival Autunno Danza di Sardinia provide frameworks for interdisciplinary collaboration and exploration, fostering dialogues and
collaborations with other artists. Cecilia Li´s solo piano recitals celebrate unique compositional arrangements and line-ups from Scarlatti to J. Cage, from Bach to F. Cerha, from Mozart to D. Lang etc. 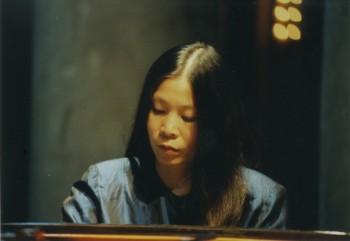