Sebastian Prantl, son of the artists couple Karl Prantl, sculptor, and Uta Peyrer, painter, was born in Vienna. After finishing Rudolf Steiner School in Vienna and New York, where he has moved with his family in 1977, he received his performing arts education from 1978 to 1984 and took part in the multi-layered spectrum of the American dance of the early eighties in New York.

He started his artistic education at Dance Theatre of Harlem (Arthur Mitchell, he practises enthusiastically as the only “white outsider” in his class jazz, afro, ballet and vocal performance. He then continued at Martha Graham School, where he became a “best boy” (suggested by Armgard von Bardeleben) in the context of a special season of Martha Graham Dance Company at the MET (amongst others with Rudolf Nurejew and Liza Minelli).

He was present at all rehearsals, press appointments and excursions of Martha Graham. Sebastian Prantl received scholarships for the Juilliard School of the Performing Arts, where excellent pioneers of modern and classical dance such as Martha Hill, Hanja Holm, Lucas Hoving, Doris Rudko, Ruby Shang, Anna Sokolow, Genia Melikowa, Hector Zaraspe, Alfredo Corvino became his teachers. Thus his excellent education as a contemporary dancer was sealed.

After two years, he decided out of curiosity for a more progressive, theoretic conception of the contemporary dance and choreography, to continue his studies at Nikolais/Louis Dance Theatre Lab (Alwin Nikolais, Murray Louis, Claudia Gittelman), at the Erick Hawkins School of Dance and at HB Studio (Herbert Berghof, Uta Hagen). At the same time he has been more and more interested in the Manhattan downtown milieu that fascinates him with happenings, interdisciplinary workshops and free lance projects. Further on he is shaped by contacts to artists like Simone Forti, Elaine Summers,Trisha Brown, the first contact improvisation jams (Steve Paxton/Randy Warshaw, Bill T. Jones) and with the still young Butoh movement, that is promoted by Min Tanaka and Eiko & Koma in New York City.

Sebastian Prantl deepend his theoretic studies during a scholarship at the respected Whitney Independent Study Program under Ron Clarke and Yvonne Rainer. Here, he has found a vivid discourse on relevant choreographic and philosophic questions, dealing with interdisciplinary approaches by semiotic, post-structuralism, film theory and psychology in theory and practice. At the downtown loft of Whitney Program he also created his first solo choreographies/performances and collaborations with other young artists.

The first audition for Pina Bausch’s Tanztheater Wuppertal in America, where he prevailed until last round, was bringing the geographic turn back to Europe. From 1984 to 86 he commuted between New York and Vienna and realised multimedia-based dance performances together with the Canadian film maker Kristin Lovejoy (Whitney Program) and actress Deborah Carmichael („Pierre Riviere“, „Niemandsland“ at MAK, Vienna). He was significantly involved in setting up the theatre and dance quarter of Wiener Werkstätten- und Kulturhaus (WUK), where he has found a lodging with his first dance company „Motion Pictures“. Step by step, his early ensemble pieces followed („Earthrise“, „Gaia“, „Mouvement“ and „Fasce“ (Friedrich Cerha/Klangforum Wien) guest performances as well as teaching engagements in Europe.

As first jury member for dance at curatorship of the cultural department of Vienna he is able to help the yet very new Austrian dance and performance facilities to an independent status and to a corresponding funding. Then also concrete measures for promoting education and network organizations in the Austrian free dance/theatre and performance scene begin to work (IG, Remise, T-junction…).

Sebastian Prantl became a key figure for independent dance enterprises in Austria – involving himself in cultural politics striving for general support of the independent Dance Scene. This finally culminated in establishing and positioning the Tanzquartier Wien 2001. In addition to several distinctions by the Austrian Federal Theatre Jury, Sebastian Prantl received the European Cultural Award in 1996 and the first Austrian Dance Production award in 1997.

Sebastian Prantl is the artistic director of the International ChoreoLAB Austria. From 2009 to 2011 it took place as a cooperation project with Danube University Krems, from 2012 with the Symposium of European Sculptors (SEB) in St. Margarethen/Burgenland. 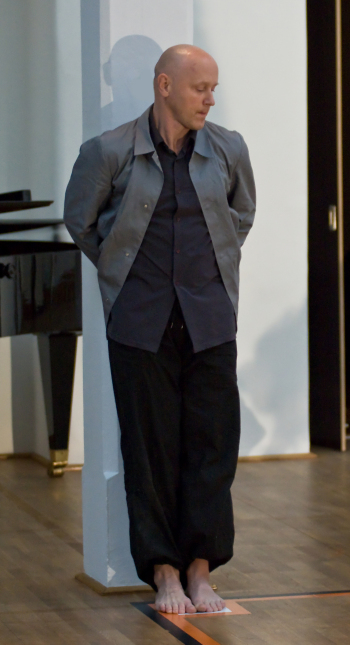