The choreographic endeavour follows the concept of Nō-Theater wherein kinaesthetic material is being distilled in a continuously alert fashion by pulling softly on a string – like unravelling knitwear. On a conceptional pivot point, physical and spiritual activities are being equally challenged. This practise is shared among young protagonists of various cultural backgrounds. Whose aim it is to break through academic codes of movement vocabulary, redefining their bodyscapes. The distillation-process starts in ensemble formation and combines in solo/duo configurations.

“Dreaming of becomes talking about”: the body as a bundle of bones, a heap of stones determined by weight and mass. Dancers describe a journey through “the hollows” of human fantasy. Fragments of stories, flashes of emotion, evoked by our (visible) world? Is it a formal world which constitute our drama? The cinematic codes cannot be described – the physical feelings become manifest in gravity, flow, dynamics and relationships.

Once more, Sebastian Prantl trains, tries and educates a new ensemble of dancers in his fine Vienna studio which is open to the public. Last winter, the choreographer started the research “The Dreaming of Bones” which is planned as a series of several elements […] His work with six young dancers lasted until March 30th, kinaesthetically coached by Ziya Azazi, who, years ago, was himself a member of Prantl’s ensemble […] We are watching up-and-coming artists trying to open their instrument, the body, and their mind to spontaneity, the courage to take risks, and a mixture of material from various cultures. This is actually an artistic apprenticeship on a very high level, complemented by Cecilia Li with music ranging from Mozart via Scelsi to Japanese Koto-music […]”
[Andrea Amort, Kurier, March 26th, 2004]

Many different kinaesthetic patterns have a place in the dreaming of these bones, the research concentrates on the presentation by and of the dancers. Not a private, artificial miniature, but rather a representation of the proper personality is the focal point of Prantl’s specific style, which adopts a certain understatement and randomness, as well as a somewhat informal character. This constitutes a contradiction that can only be resolved through thorough study of Prantl’s working procedure… Patterns of movement are explored and discarded, picked up again at a different point and further developed – in the group, as a solo, in twos […]”
[Edith Wolf Perez, www.tanz.at, March 2004] 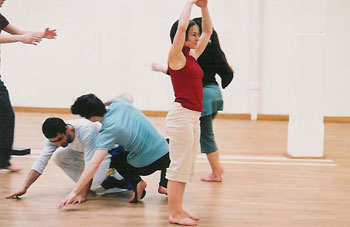 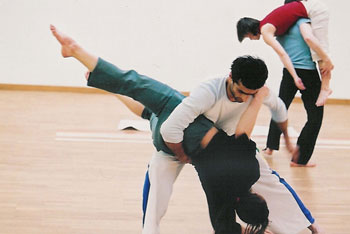