The seminar CARTOGRAPHY bodymemento dealt with spatial structures and spatial corporality and was concerned with the relationship between movement and space in order to remove corporal and spacial disguises and intensify the focus of individual perception. The seminar offered various exercises focusing on specific time-parameter and space-constellations. Visual, tactile, acoustic and emotional areas of contact between individuals were to be sensitized and articulated. Outdoor and indoor activities on the campus were equipped with complex systems of rules and thus developed contacts which broke through barriers and abolished spaces. Theoretical parts included lectures focusing on the dialogue between choreography and architecture, neurology, psychology, sociology and new media. Attention was paid to the market transformation by digitalization and globalization and the demand for entrepreneurial thinking on the artist’s side. A final virtuoso performance celebrated the inner and the outer space of the campus. 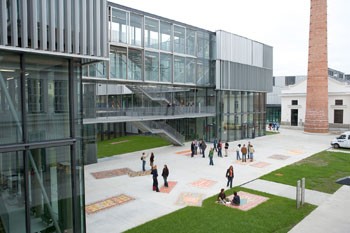 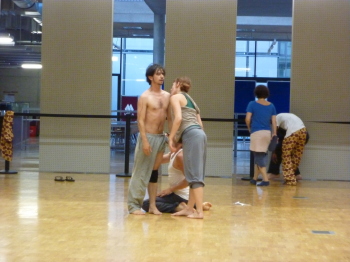