After the great interest shown in the CARTOGRAPHY bodymemento seminar, the International ChoreoLab Austria (ICLA) continued its cycle of interdisciplinary project modules with MEMBRANE motion_phonotope (July 9th to 17th 2010). Among the teaching staff were Sound Artist Lawrence Casserly (GB), choreographer Patricia Bardi (US), medical scientist Dieter Falkenhagen (A) and architect Renate Hammer (A).

The image of the membrane served as a contextual framework for the whole seminary which attracted participants from the US, Brazil, Africa and Europe. It was about the perception and the processing of phonotopes in the sense of place- and culture-specific soundscapes. The objective was to tune, rhythmicize and contextualize the body, and to accumulate specific techniques to do so. Through research in ensemble constellations bringing together intonating, dancing and making music, participants learned to deal consciously with place, time and sound and the choreographic structures embedded in these constellations.

Even in the run-up to the workshops, places of different world cultures in Africa, Asia, Europe and the USA were linked as an example, within the participants and lecturers interweaving them discursively in the seminar. 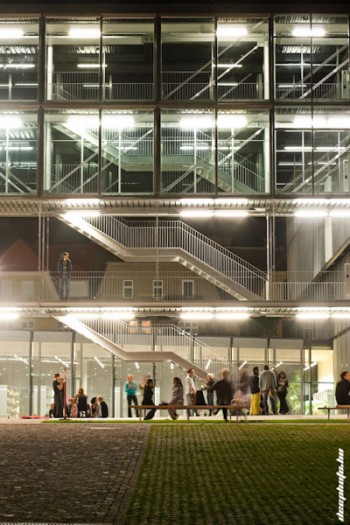